Reaper CSI sparked my interest, but i cannot get it to work. it only works in one direction.
i can send to Reaper with my device or the Desktop App, but not receive from Reaper.
it reports that the
osc input port (default to --port)
is already in use.
i can make it work with Lemur or TouchOSC since they have their own IP and thus no conflict.
this also doesn’t happen with for example the drivenbyMoss Reaper OSC extension.
just with CSI, if i set the ports in(8700) & out(8701) in CSI,
i cannot set 8701 in O-S-C’s osc-port like usual, it results already in use.

i thought in & out is a different thing and maybe CSI unintentionally blocks both in & out, but i am probably wrong with my Assumption.
i asked in the CSI thread about it, (another user had similar issues with O-S-C and ReaperCSI)
a developer said that he is no network expert but is pretty sure i cannot use the same port for in and out on the same IP address.

how is O-S-C handling this normally and what could be the Problem?

Correct, yea, thats exactly what i mean, i just mixed it up

anyway O-S-C reports Port already used if i try to listen with O-S-C on port B.

so i was right?, meaning 8700 in & 8700 out is indeed a different thing and CSI should only occupy send B, not listen B as-well. because i set listen A in CSI, not B. but it listens on B, thus CSI is indeed occupying In & Out and CSI is handling Ports wrong?

From what I see in the example CSI.ini, you have to specify 2 ports and one IP address, the example config is:

It looks like the same port is used twice but it works because 2 different addresses are involved. In your config file, you should specify 2 different ports (A and B, but I don’t know the expected order) and 127.0.0.1 instead of 10.0.0.137 (meaning the output port is on the same machine/IP)

ye thats what i was trying

this is what i setup in Reaper: 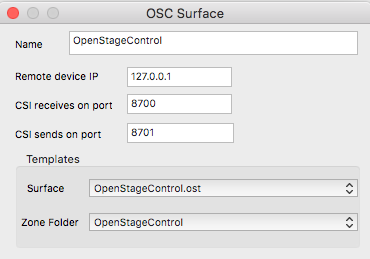 this is how the resulting CSI.ini looks:

this is how i configure O-S-C: 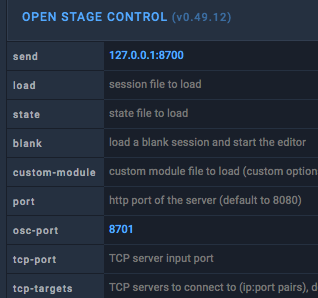 Ok, the config looks fine. It looks like CSI (or another application) already locks the port 8701. CSI should not do it (one should only lock the receiving port) but it might be worth asking the dev about it just in case.

I think I found and fixed the issue with CSI. Indeed it was binding to the sending port. More details here.