No MIDI activity in Cubase 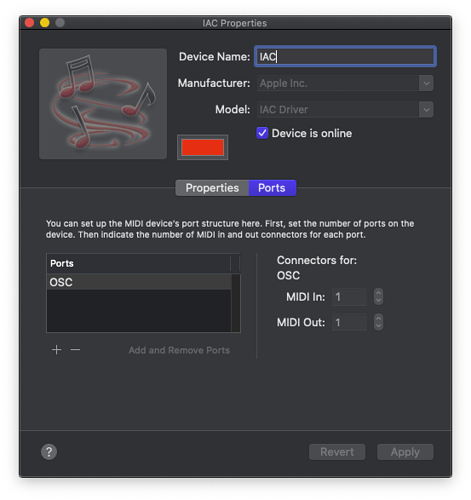 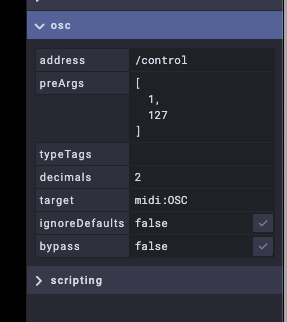 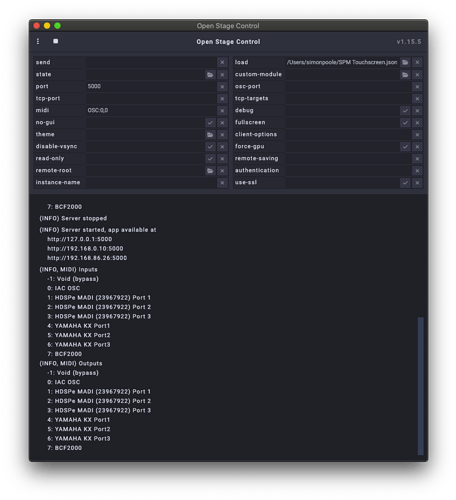 In Cubase, do the following:

1 ) Make sure the Transport Panel is open.

2 ) When you operate the widget, you should see some feedback in the MIDI Out Activity section of the Transport Panel (see picture below).

3 ) If you don't see any MIDI activity, I suspect there's a network connection problem (please, believe me!). Connect to 127.0.0.1:5000 on the same computer running the server. Operate the widget and check for MIDI signal in Cubase (you might need to resize and reposition the Project Window in Cubase and the Internet Browser window you're using).

Should that address be in the "send" field in the server? If so it's still not working. That address timed out in Chrome and Firefox as well.

I can operate the button in OSC with the mouse but still no midi activity.

FWIW I booted up Cubase 10 on an old computer and OSC couldn't connect to that either.

I can operate the button in OSC with the mouse but still no midi activity.

From the same computer running the server and Cubase?

Try pasting the following line in the MIDI field of the server's configuration form (by replacing):
list "OSC:OSC,OSC" path=/usr/local/bin/python3

Yet MIDI signals have no effect in Cubase...

To completely troubleshoot this issue, I would try installing Python. Your choice.
https://www.python.org/ftp/python/3.7.0/python-3.7.0-macosx10.6.pkg

Try executing this line in the terminal:
pip install python-rtmidi

No need to install manually python-rtmidi if you use the mac install program.

Do not use the python= option, it's not necessary and will only make things more complicated.

As I said above, @SimonFMP has shown his open stage control setup is fine and well capable of sending midi, changing the part that works will not help solving the issue.

It seems that you need some dependencies... Let's try something else:

Do not use the python= option, it's not necessary and will only make things more complicated.

What other solutions are there?

The gangs all here!

Is it safe to say that we've gone as far as we can on the OSC troubleshooting front?

Just to sum up:

Sidenote: you don't need to write anything in the server's send option, especially not something like 127.0.0.1:8080, since that would only route osc messages from open stage control to itself (if its port is 8080), besides you seem to be interested in sending midi only (not osc).

Edit: I hope this doesn't come out too harsh, just trying to prevent the topic from going in all directions at the same time.